We can stop the crocodile tears. We can stop the convulsion of promises to do better. And recognize that we have slipped into a decades-long downward African American student achievement spiral that needs an immediate reversal.

There’s an old adage in the African American community, “When white folks catch a cold, Black people get the flu.” The most recent student achievement data mimics this saying exactly.

The downward spiral started in 2010, when Superintendent Peter Gorman closed several schools located in the Black community. The community was outraged with the merging of several predominately Black K-5 elementary schools with 6-8 middle schools, often without consideration of the negative impact of having middle schoolers learning in a facility built for primary students.

The resulting outrage was short-lived. Soon after this decision, Project Lift was announced with one of its strategic goals to graduate 90% of seniors that were College and Career Ready. Also, there was a promise of $55 million targeted to nine predominately Black schools.

Shortly after the launch of Project Lift, the Chetty Study found that Charlotte was 50 out of 50 cities regarding the lack of upward mobility for poor children, mostly Black and Brown. The Chetty Study outraged our local leaders and Leading On Opportunities was born out of this revelation. One of its strategic goals was to increase the College and Career Readiness of African American students. Simultaneously, Superintendent Heath Morrision launched The Beacon Schools Initiative focused on 14 center city schools; focused on improving the academic performance of African American and Hispanic students.

In fact, our third-grade College and Career Readiness reading scores declined across the board and the number of low-performing schools increased from 37 to 42 prior to COVID-19. 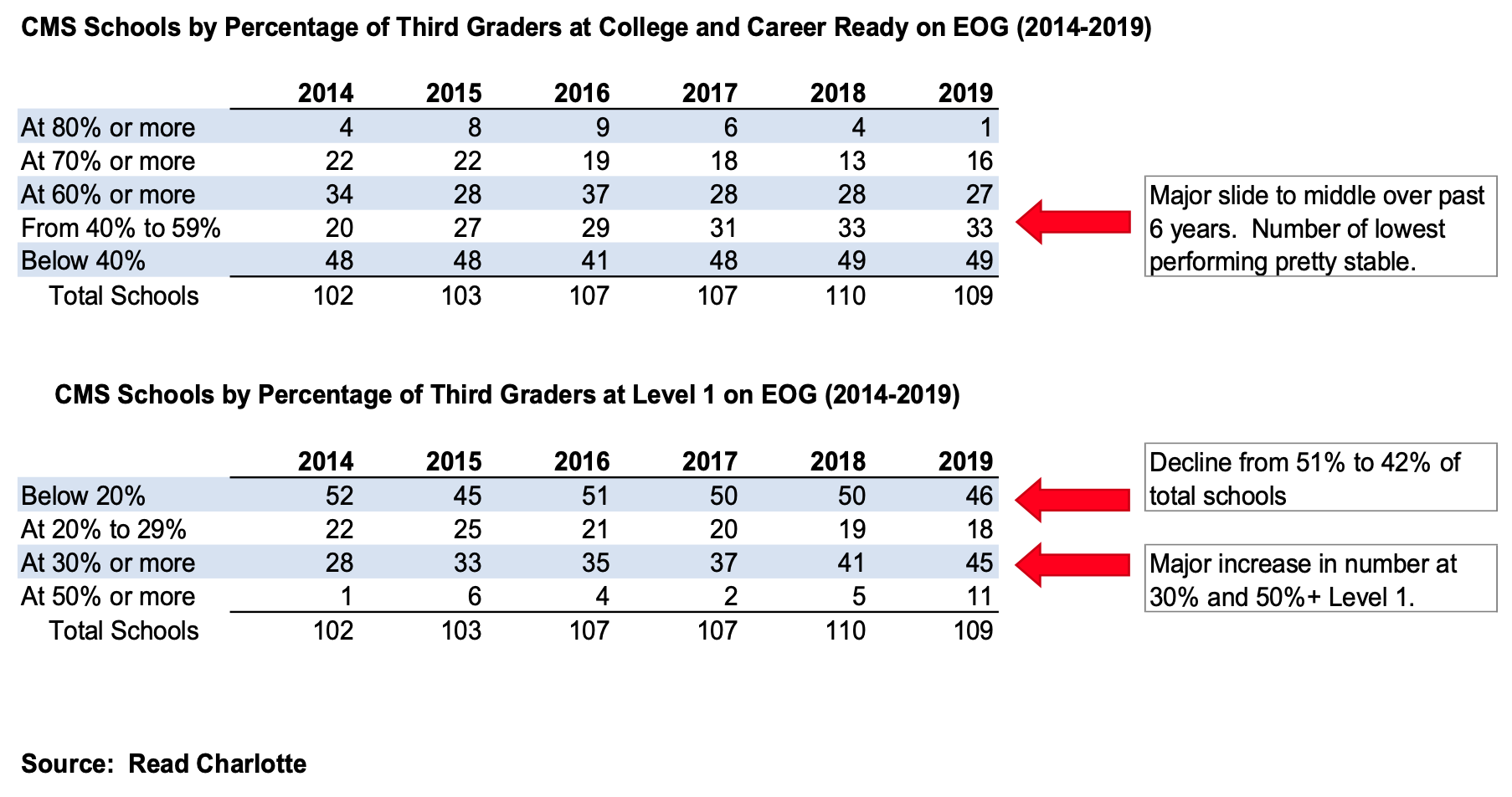 The current rewriting of the 2024 Strategic Plan, coupled with Student Outcomes Focused Governance, offers little hope so far. At a CMS Board of Education Workshop dated April 30, 2021 (1:51sec.), the Board was asked by its consultant, “What was the total percent of Board time spent on student outcomes (achievement) from January 1, 2021 to April 30, 2021? Individual Board members and the Superintendent’s answers ranged from 0% to 5%. Basically, the School Board and Superintendent admitted spending little to no time focused on student achievement, while at the same time telling the public the exact opposite. (There’s a plan and we are working our plan.)

Here’s the result of the School Board working a non-existent plan. 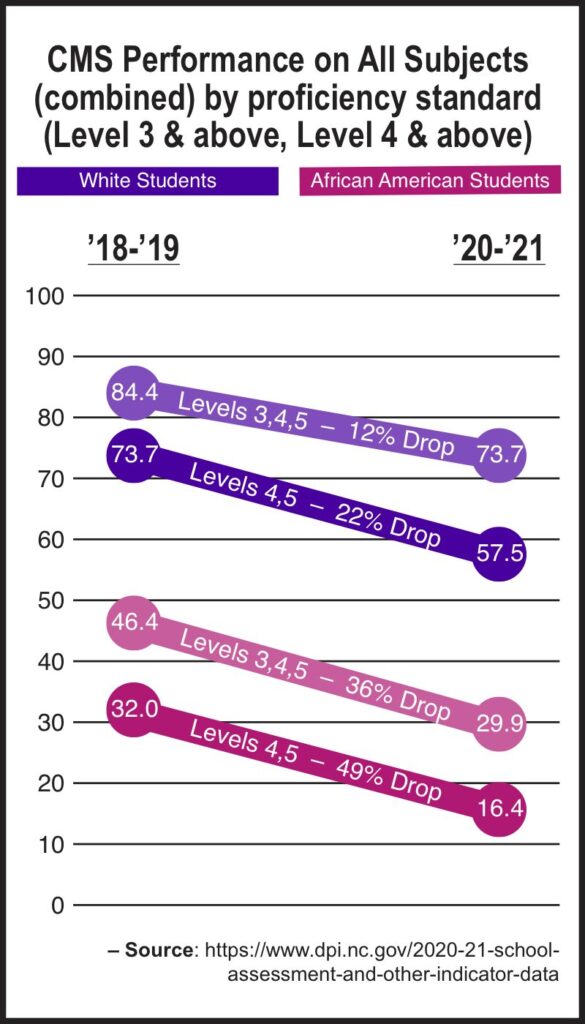 Nearly two hours into a three-hour CMS Board of Education session to listen to public comment, former chair Arthur Griffin offered in his allotted two minutes his thoughts on three of the biggest issues facing the board:

This morning, the Charlotte Observer published a pair of articles under the headline, “Two Charlotte leaders debate: Has Project LIFT been a success or failure?” Dr Ophelia Garmon-Brown wrote one. I wrote the other.

Below is the unedited version of what I wrote. Below the text are tables and charts of the data on which my article was based. Observer editorial page editor Taylor Batten asked me to submit them.

My friends and family who work and volunteer at Project Lift schools say, “Project Lift flipped the script. They misrepresented what we would see in five years. We drank the Kool-Aid.”

Our community needs to blow the whistle on chronic institutional failure at every opportunity – especially in the field of education, when our children’s futures depend so heavily on getting a good education.

Former President George W. Bush acknowledged this problem and warned us about the “soft bigotry of low expectations.”

In 2010, the Board of Education voted to create the most economically and racially isolated series of schools since Jim Crow. The Black community was outraged. To soften this horrendous injustice, Project Lift was born. It was hailed across the country as the most advanced public-private partnership in American education. But the partnership was born out of charity, not justice.

At community meetings, Project Lift speakers made promises. The goals were lofty:

• 90% of students would achieve a solid command of knowledge and skills in math and English;

Stakeholders were told Lift would be solely dedicated to the rapid turnaround of schools, and it would meet the medical, social and mental health needs of students and their families.

Project Lift recently flipped the script by complaining that poverty and its attendant problems are preventing their students from achieving a sound basic education. Next month will end the initial five-year period. And the results to date are not encouraging:

Less than 25% of West Charlotte students achieved a solid command of knowledge and skills in Math 1, Biology or English in 2016.

Less than one-third of the West Charlotte High School’s Class of 2016 received a North Carolina high school diploma endorsement indicating college or career readiness. Too few Lions are getting the education they’ll need and deserve.

Only one Project Lift middle school offered Math 1. While most CMS middle schools offered this course. When asked why only four advanced placement courses were offered at West Charlotte, the response was, “Why have a lot of AP courses if the students can’t handle the work?”

I applaud the professionals in these schools who come to work each and every day to make a positive difference in a child’s life. Unfortunately for many, the leadership and structure hold them back.

Low expectations can take many forms. Project Lift’s inequality was by design. It was built-in.

Project Lift’s Board (not incorporated) is not aligned with the CMS Board of Education and its vision and mission. No CMS policymaker sits on the Project Lift Board.

Project Lift started without a seasoned leader experienced with multi-generational poverty. That error was coupled with newly hired principals and high staff turnover.

Then the state diluted its standards, and Lift went along. As Lift’s Year-Two Report stated, “Changing from a four- to a five-level scale effectively lowered the threshold for student proficiency.” That change meant that Lift no longer had the goal of each student acquiring a solid command of knowledge and skills. Results were further diluted by overuse of credit recovery to meet high school graduation goals.

Recently, on this editorial page, a couple of Lift’s Philadelphia evaluators said, “Charlotte should be encouraged by Lift’s progress.” Charlotte can’t afford such moral complacency.

My family and friends continue to work and volunteer at West Charlotte. We give of our treasure, time and talents to help build dreams.

But as a community, we can’t institutionally continue to be dishonest and short-change unwitting students and their families into believing you should be satisfied, or “encouraged,” with the current level of student achievement. Project Lift’s welcomed charity failed to provide the leadership, coordination, accountability and urgency that were promised and are required.

In 1967, Martin Luther King Jr. said, “Charity is not a substitute for justice.” 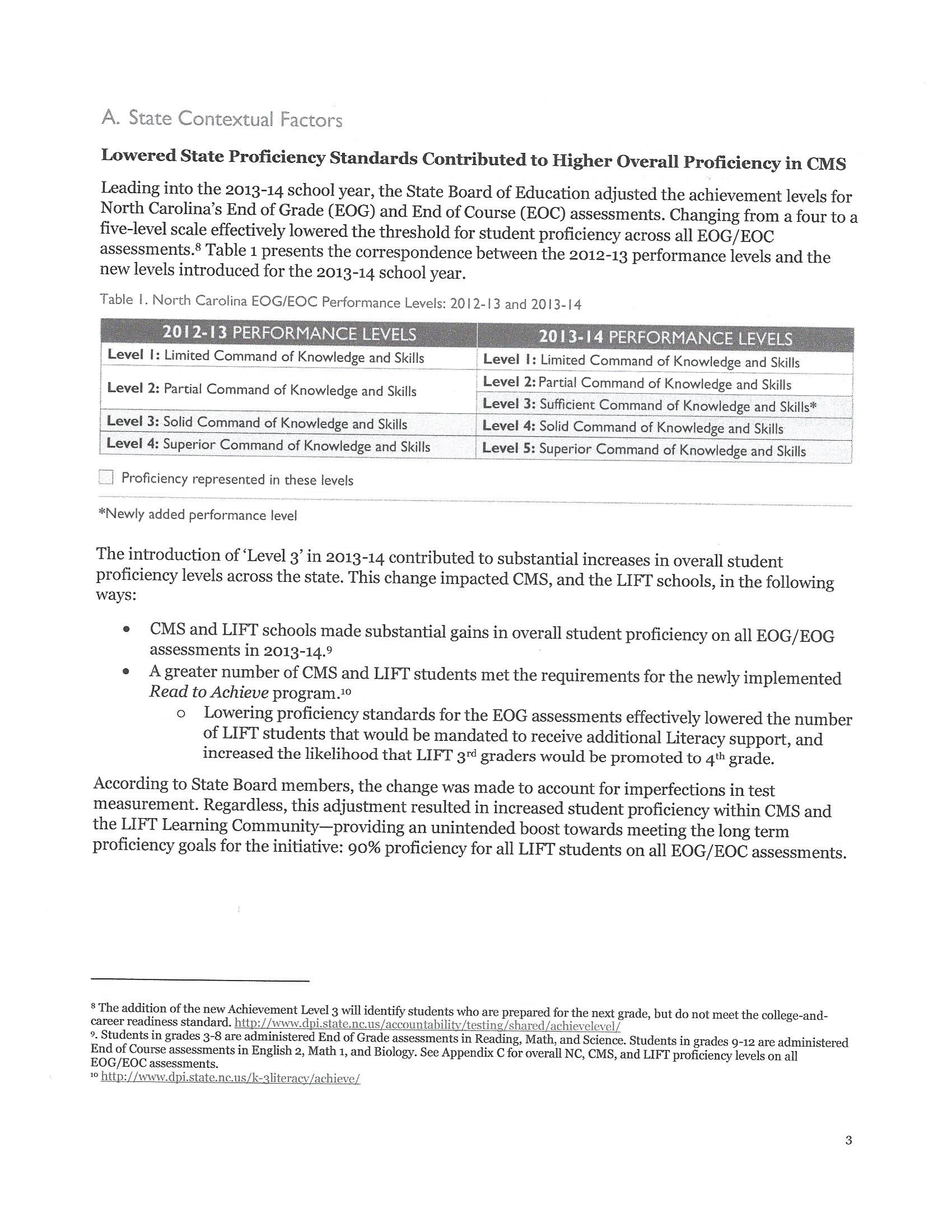 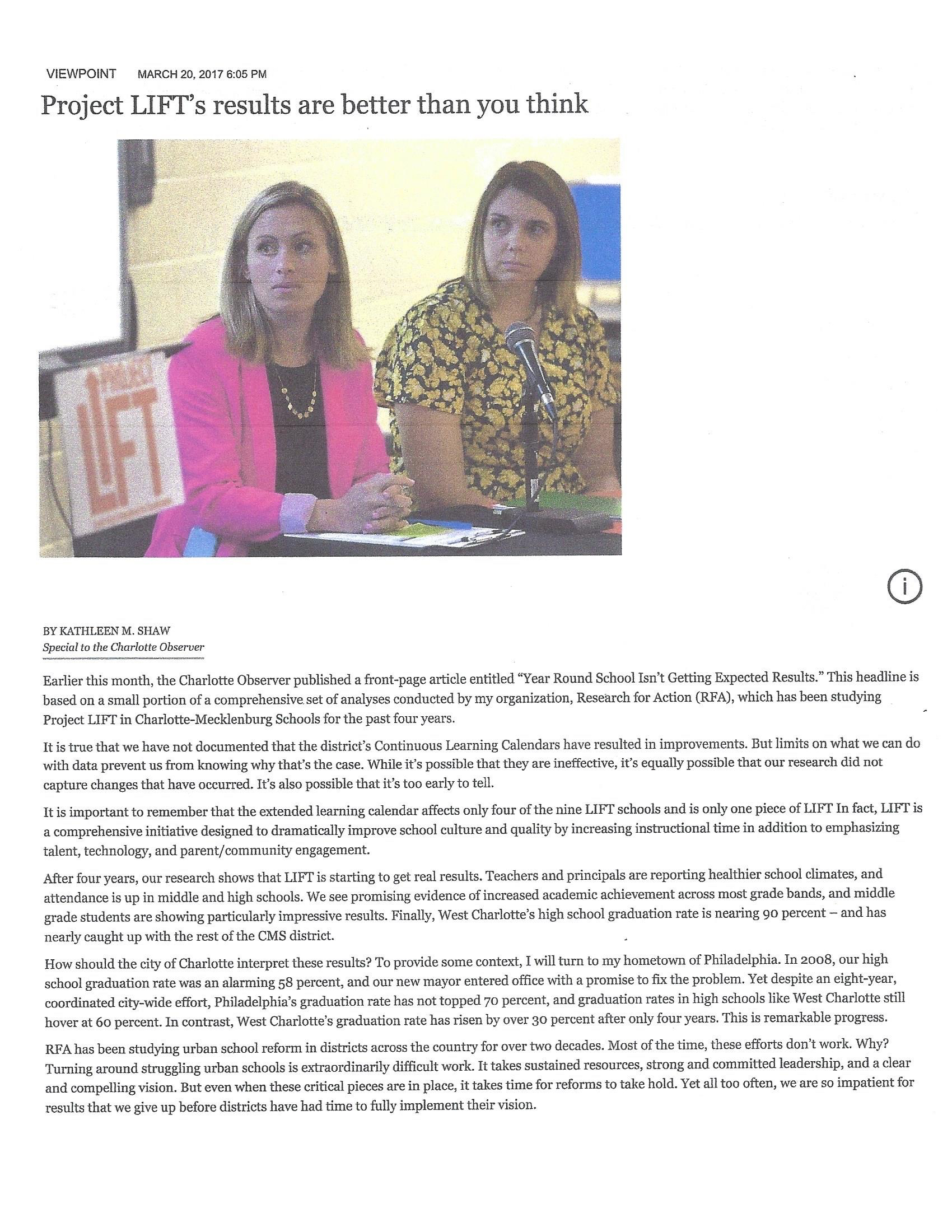 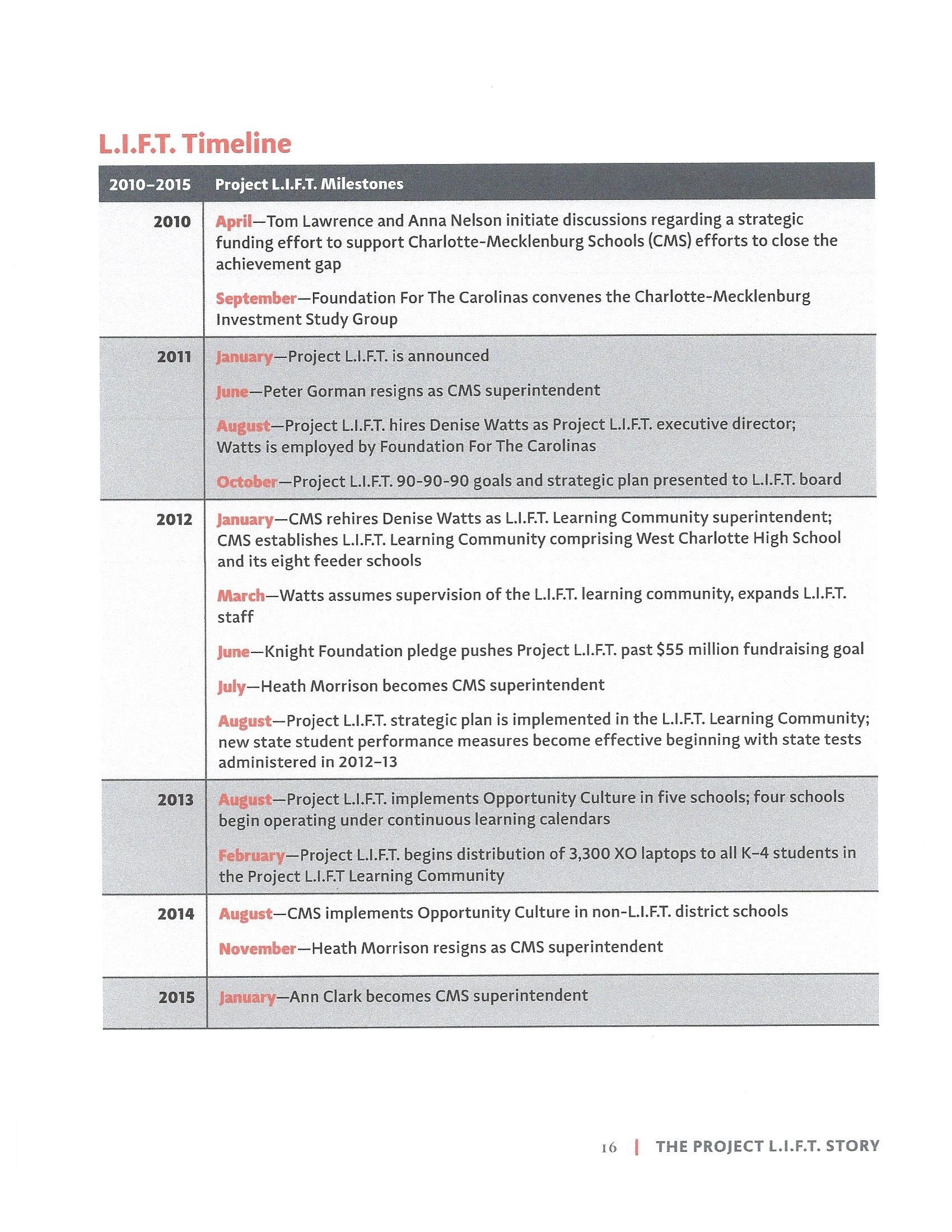 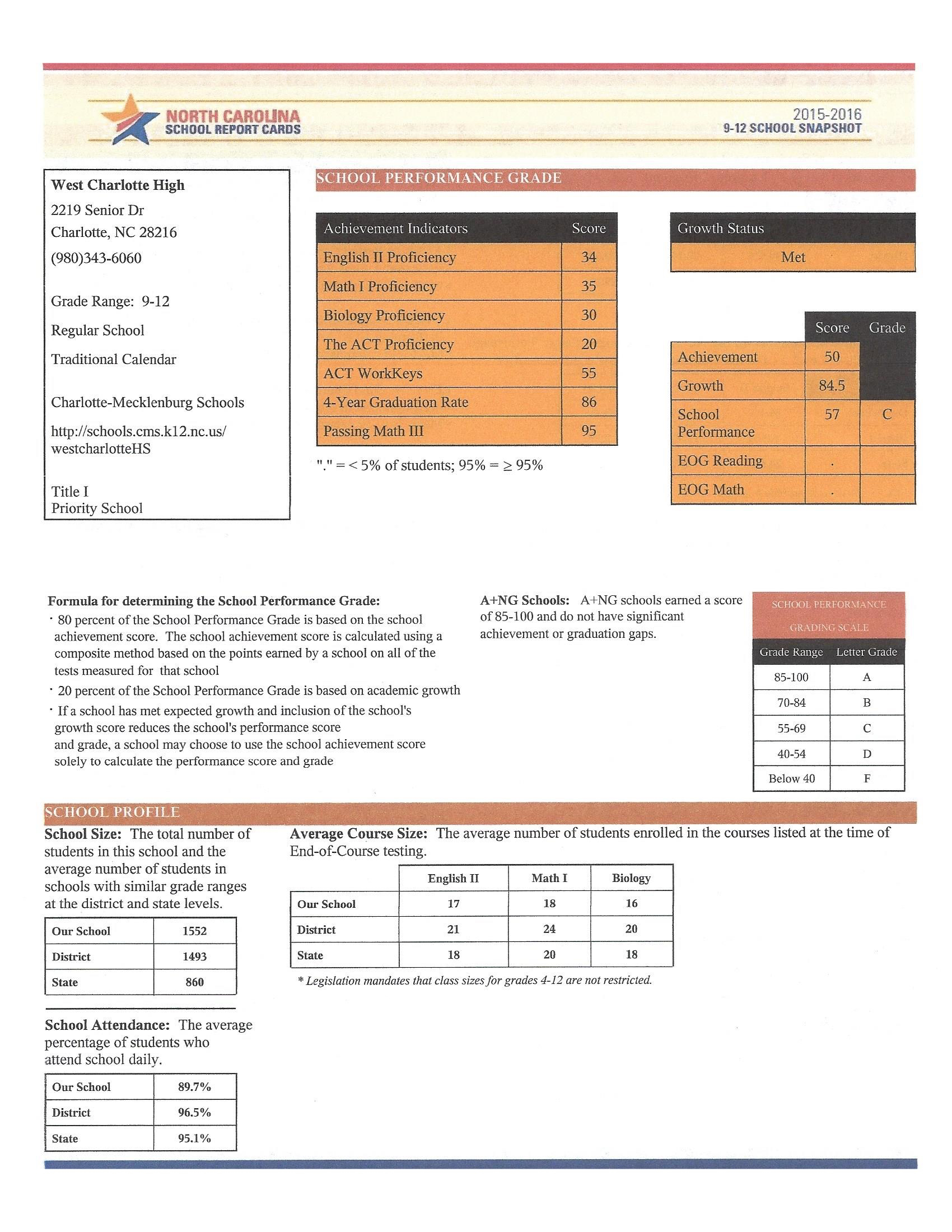 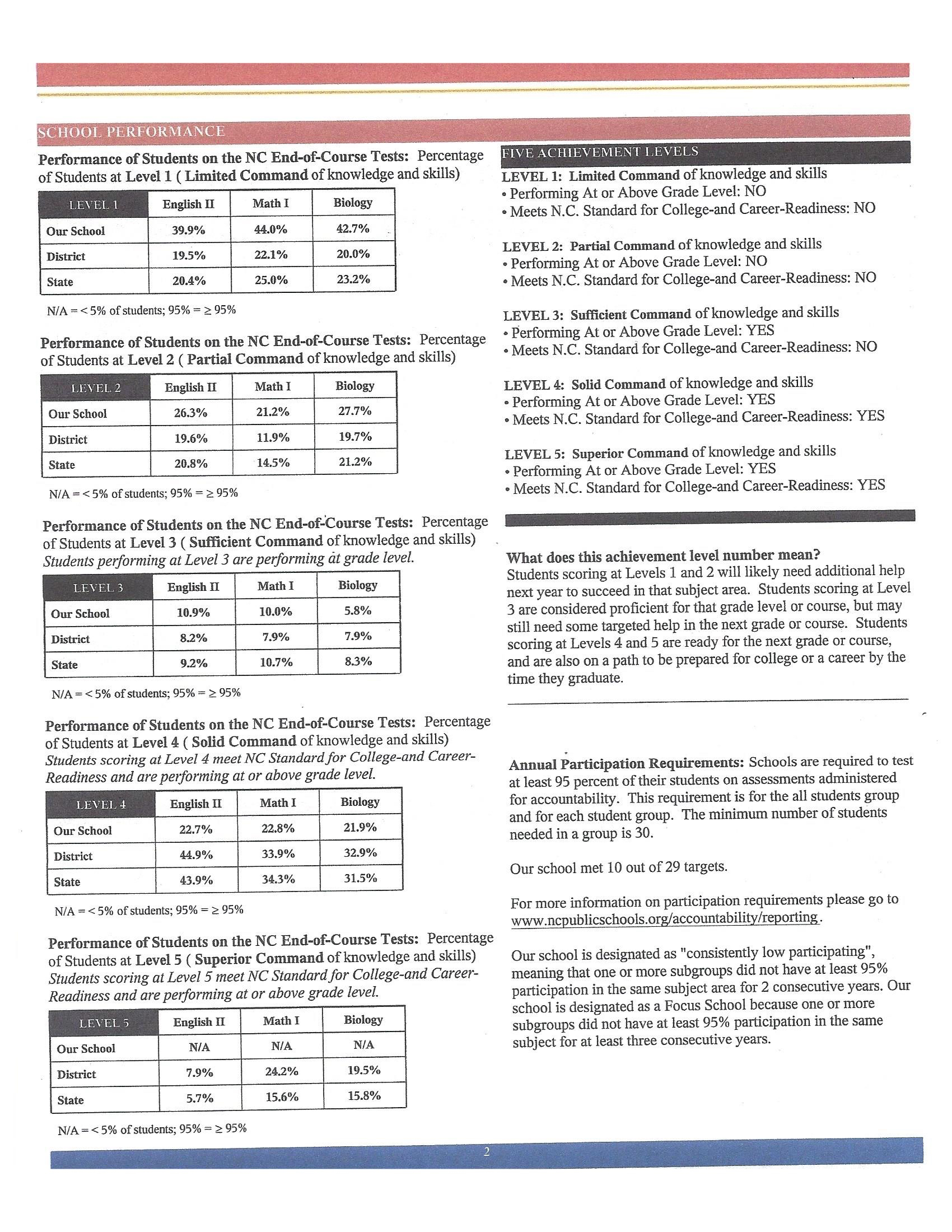 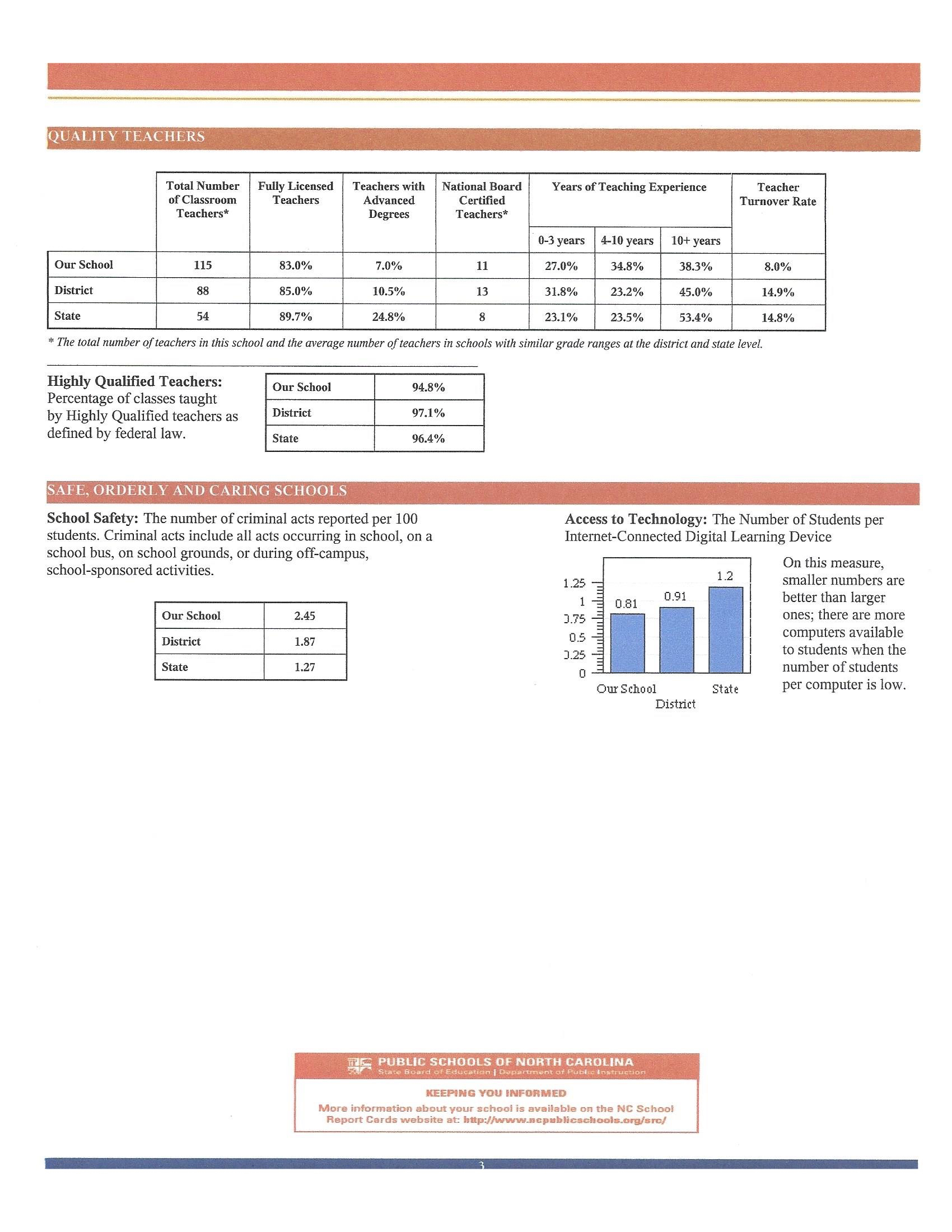 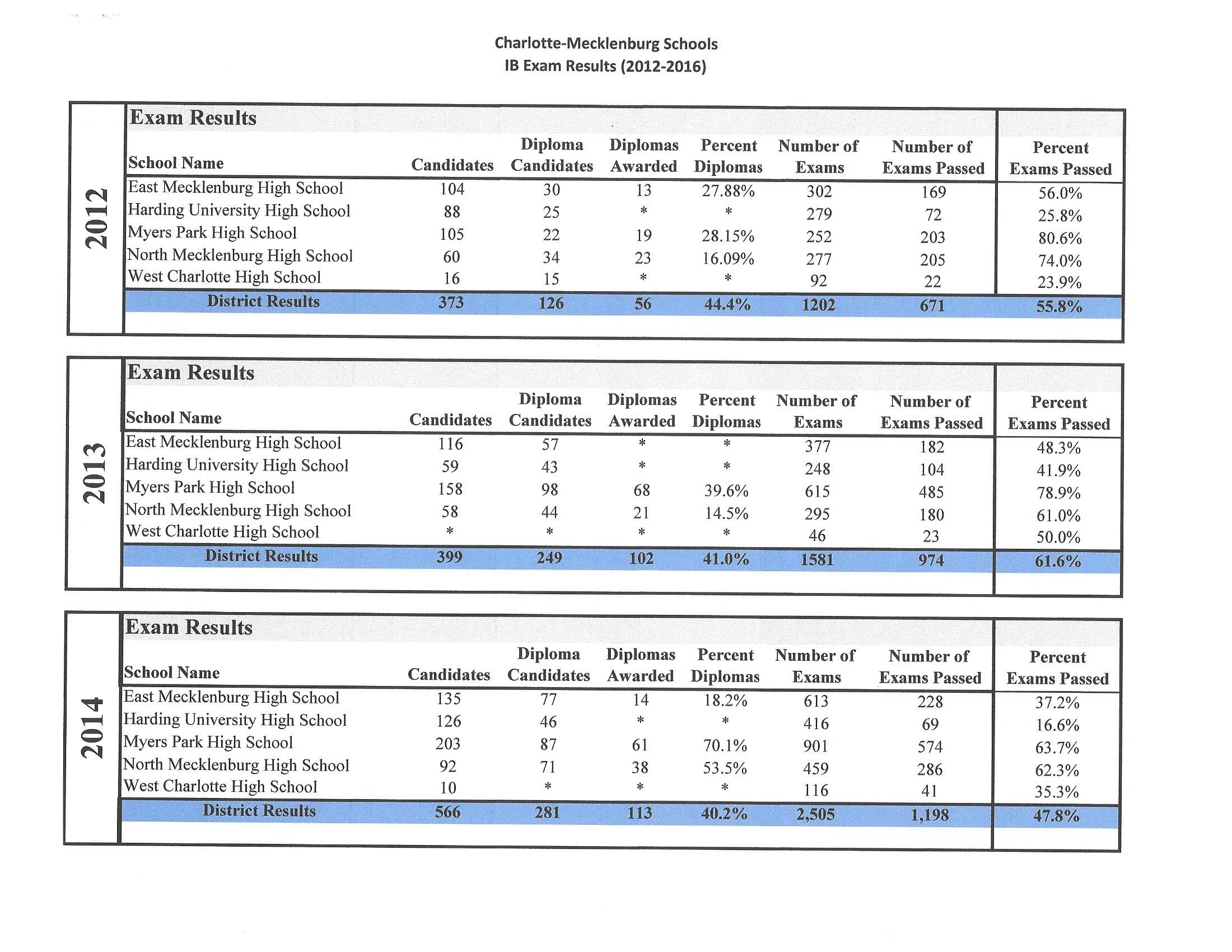 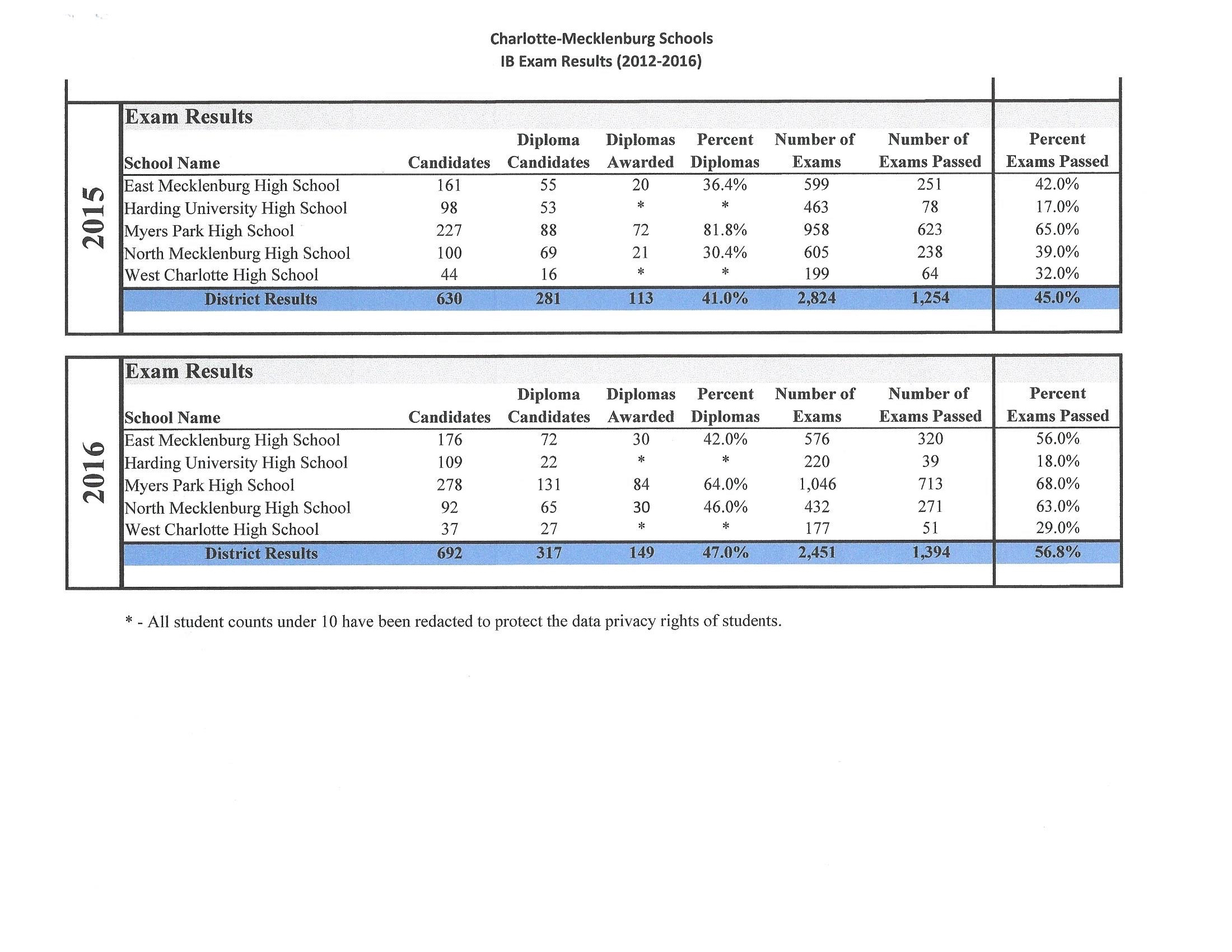 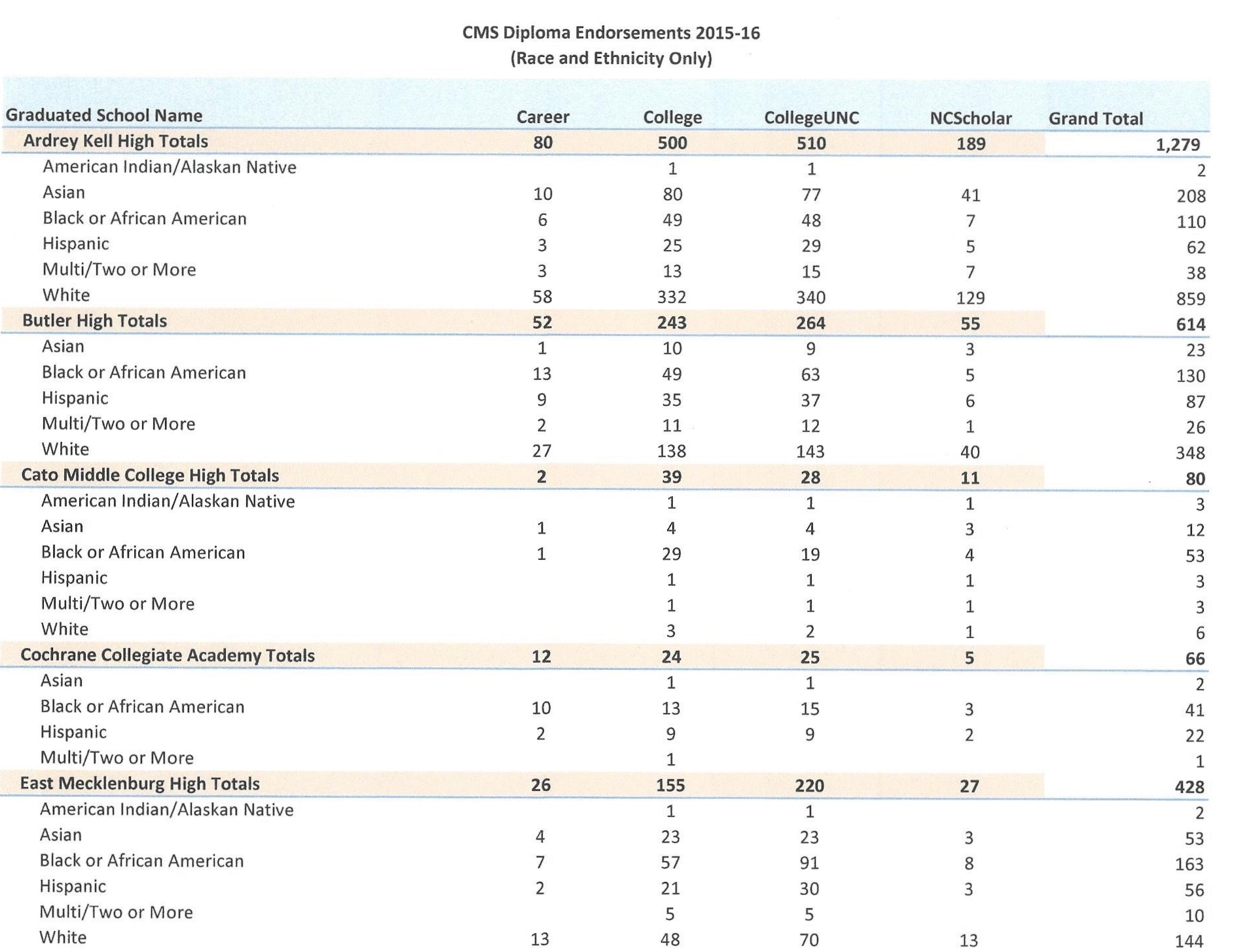 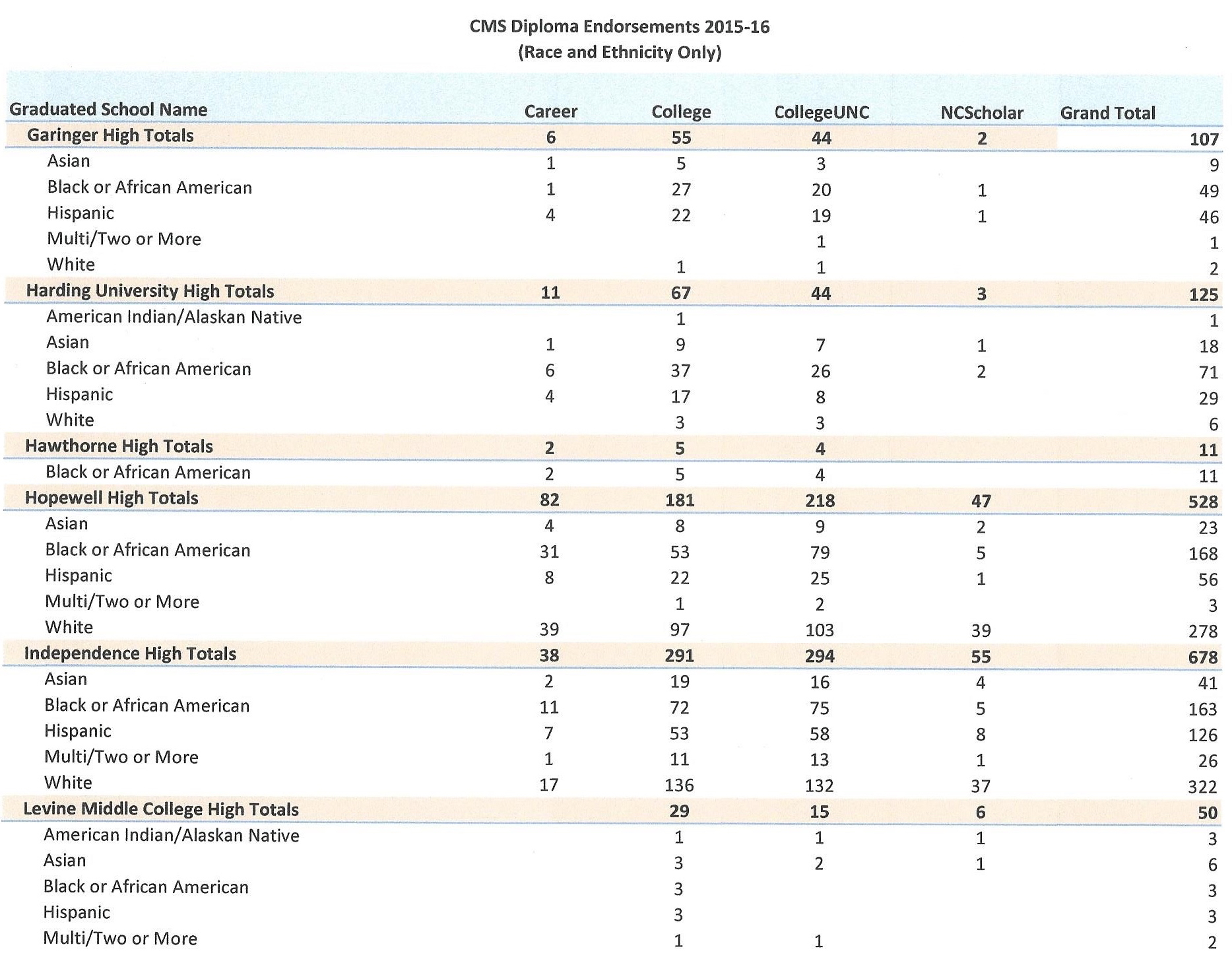 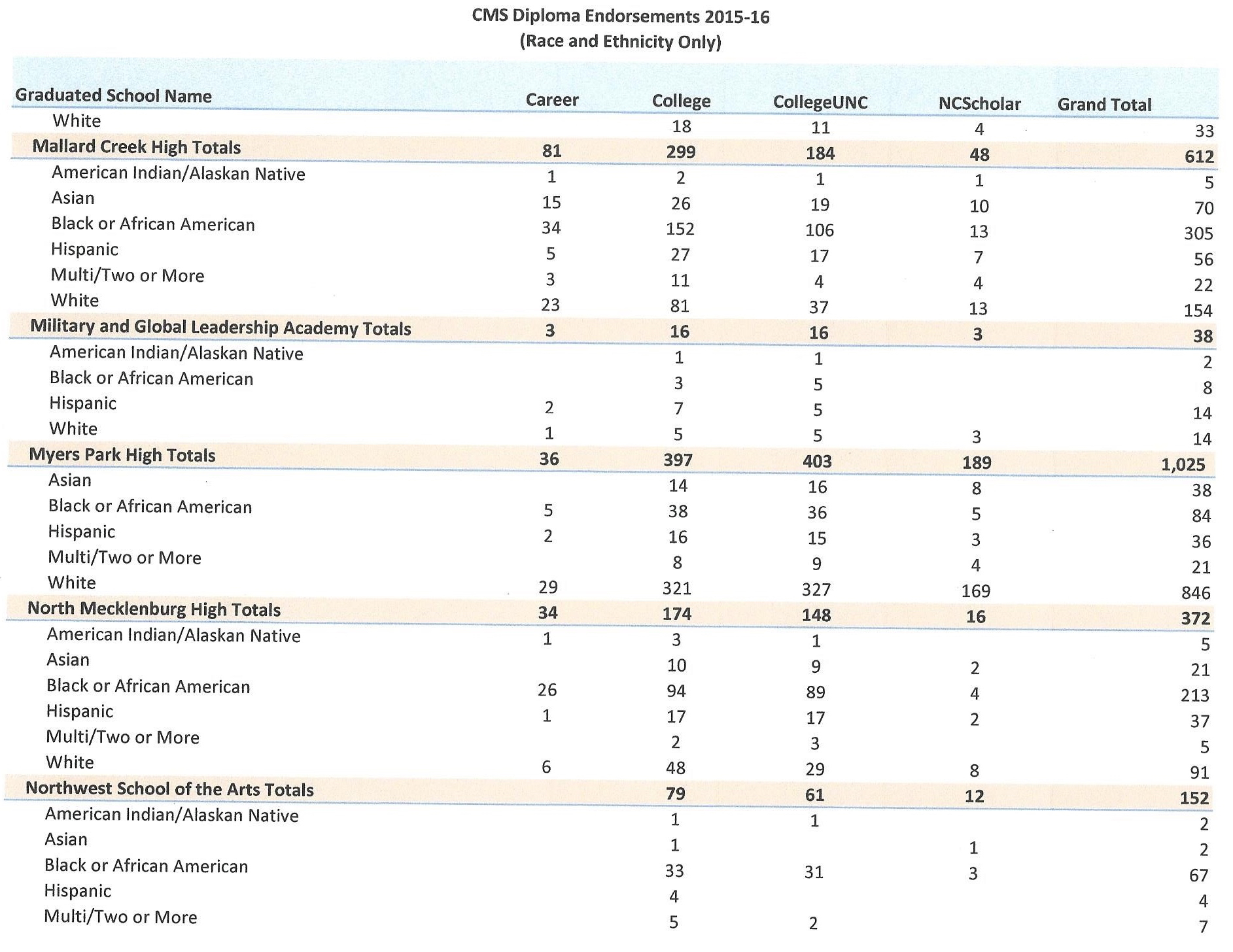 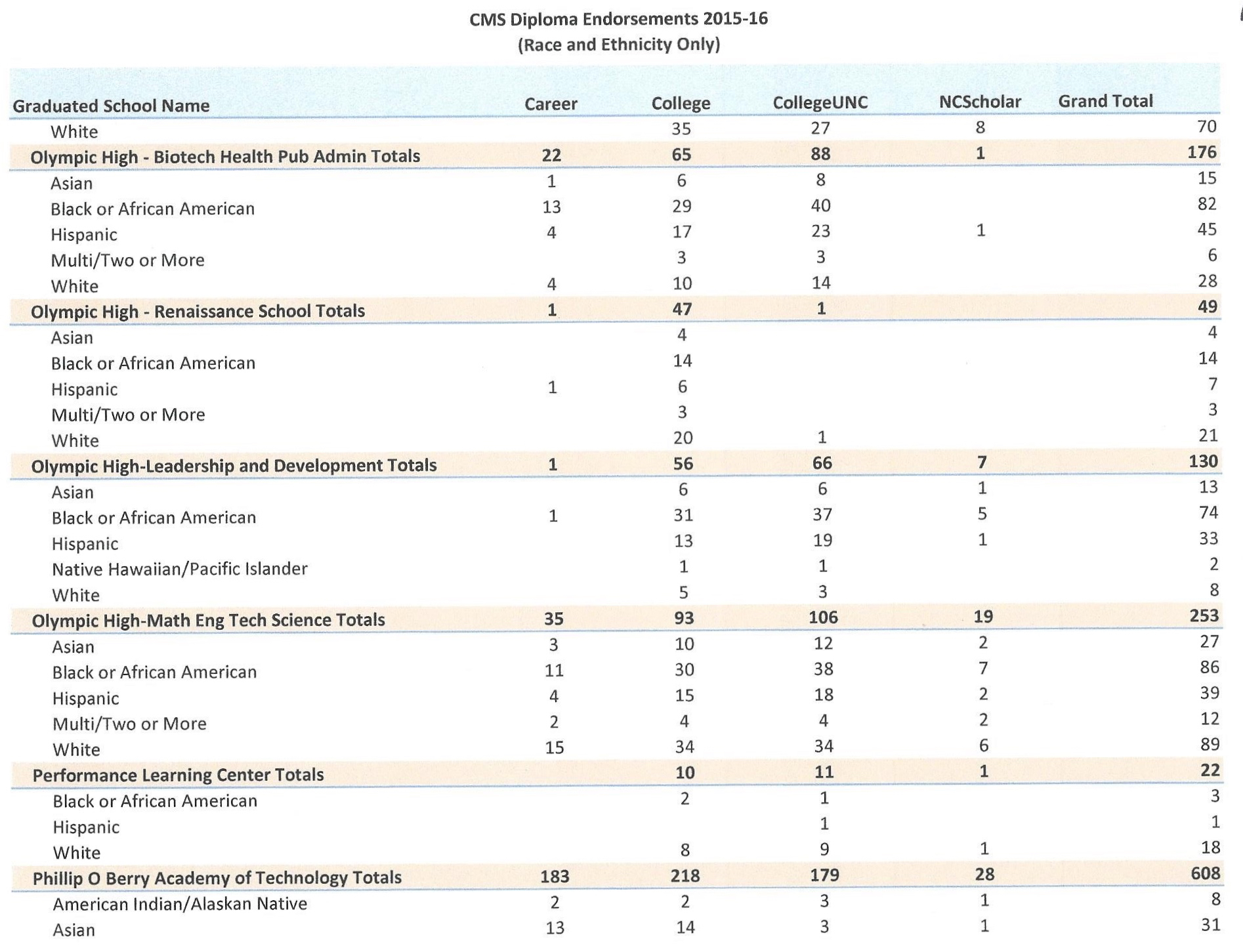 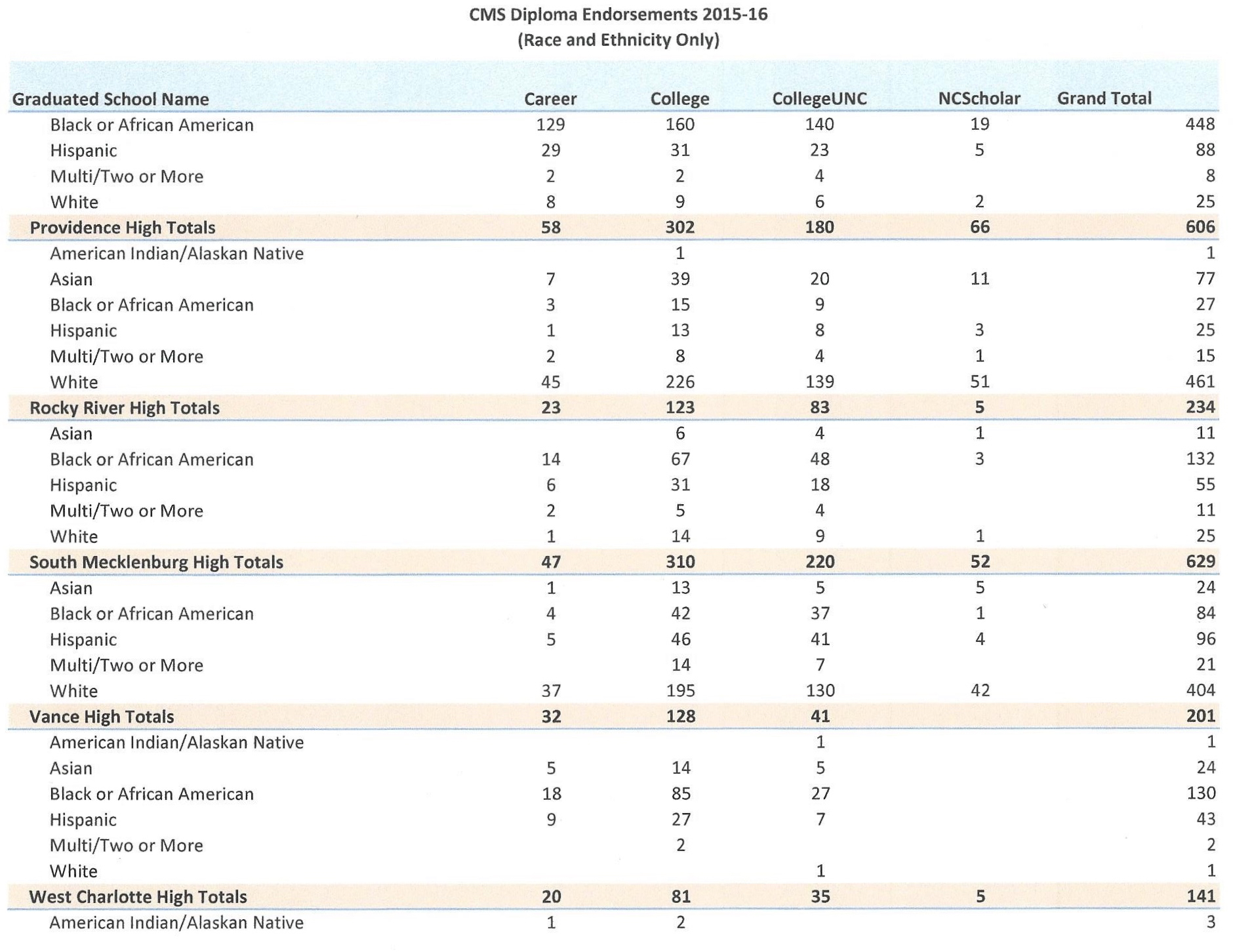 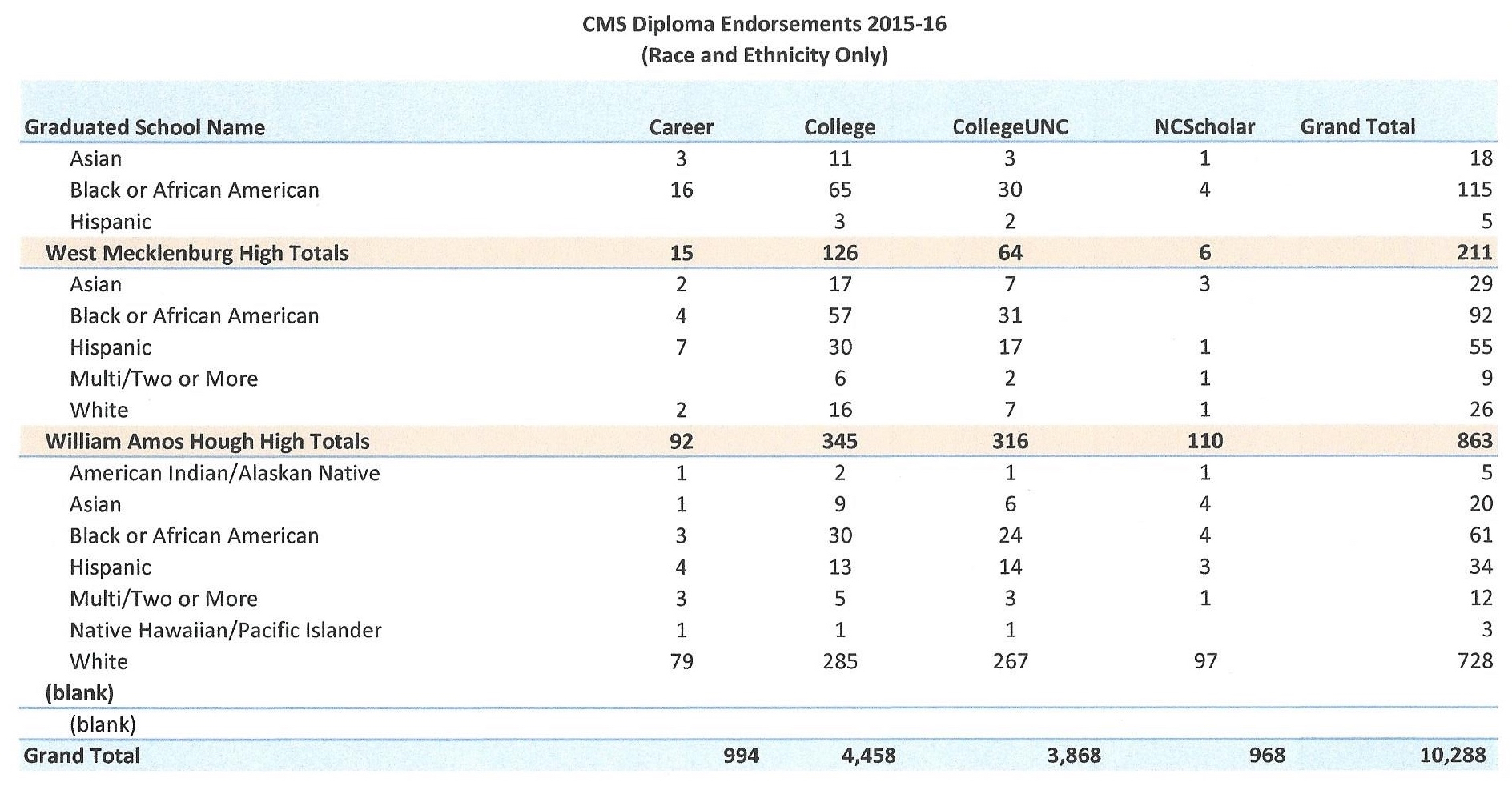 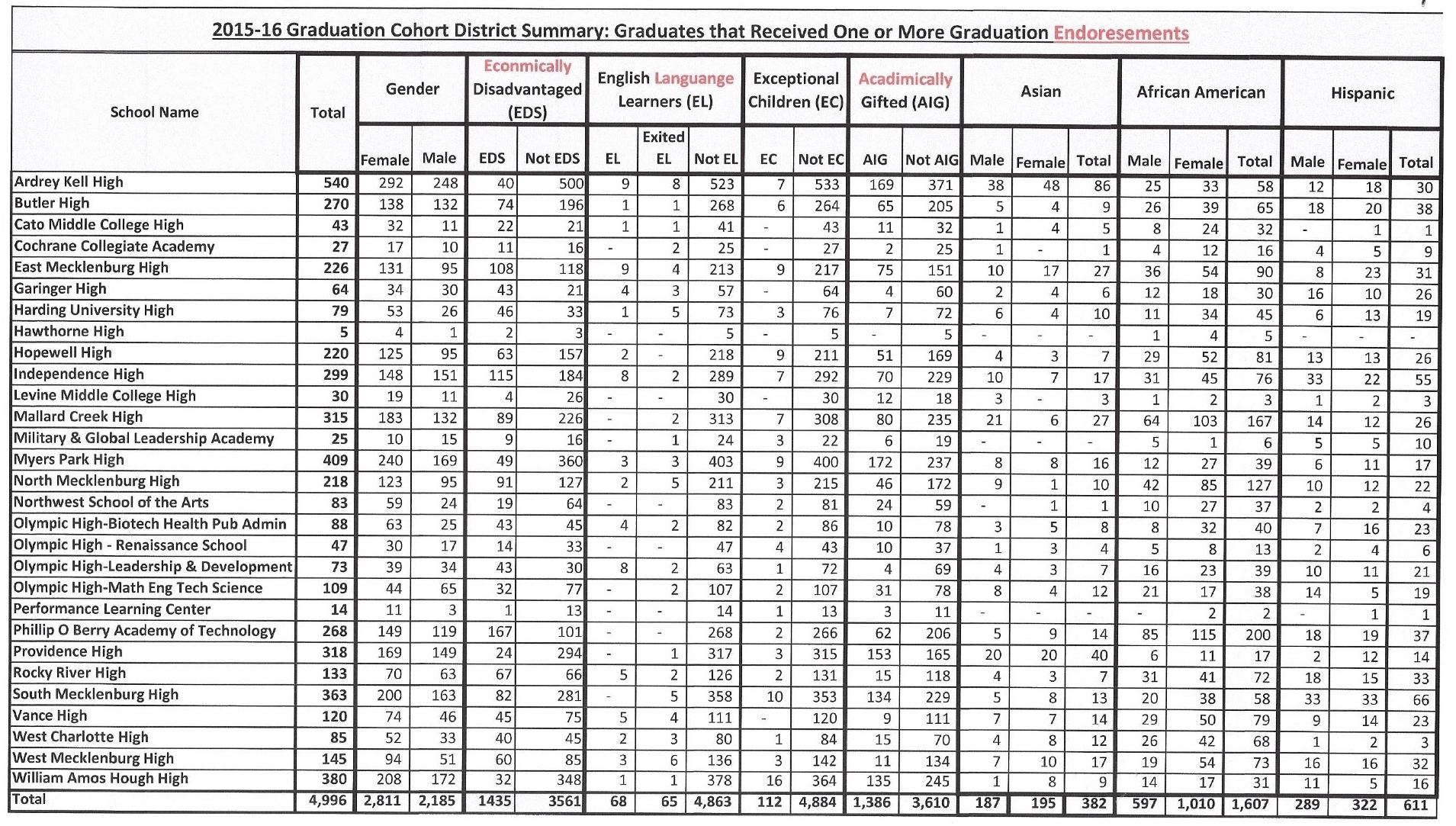 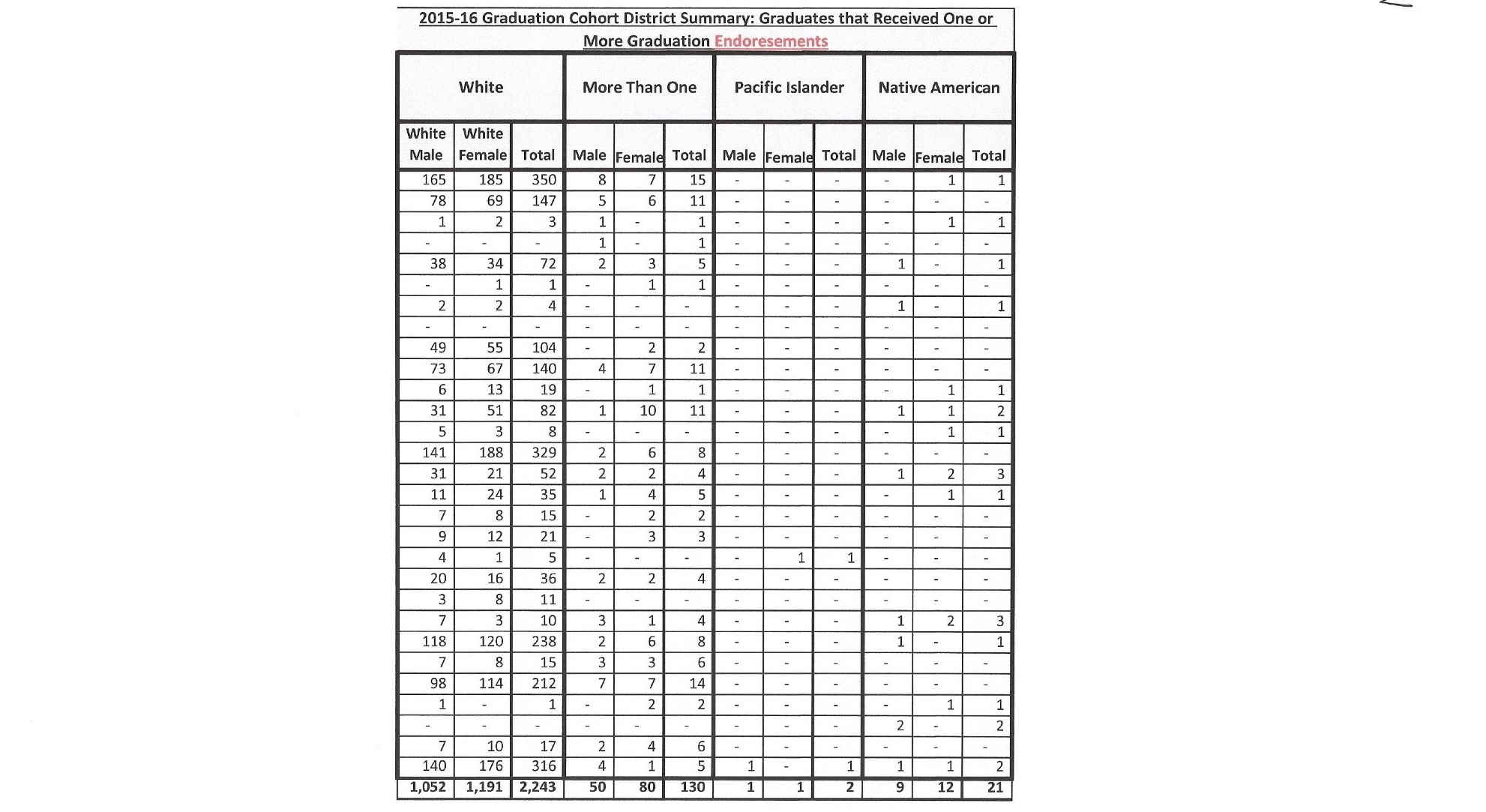 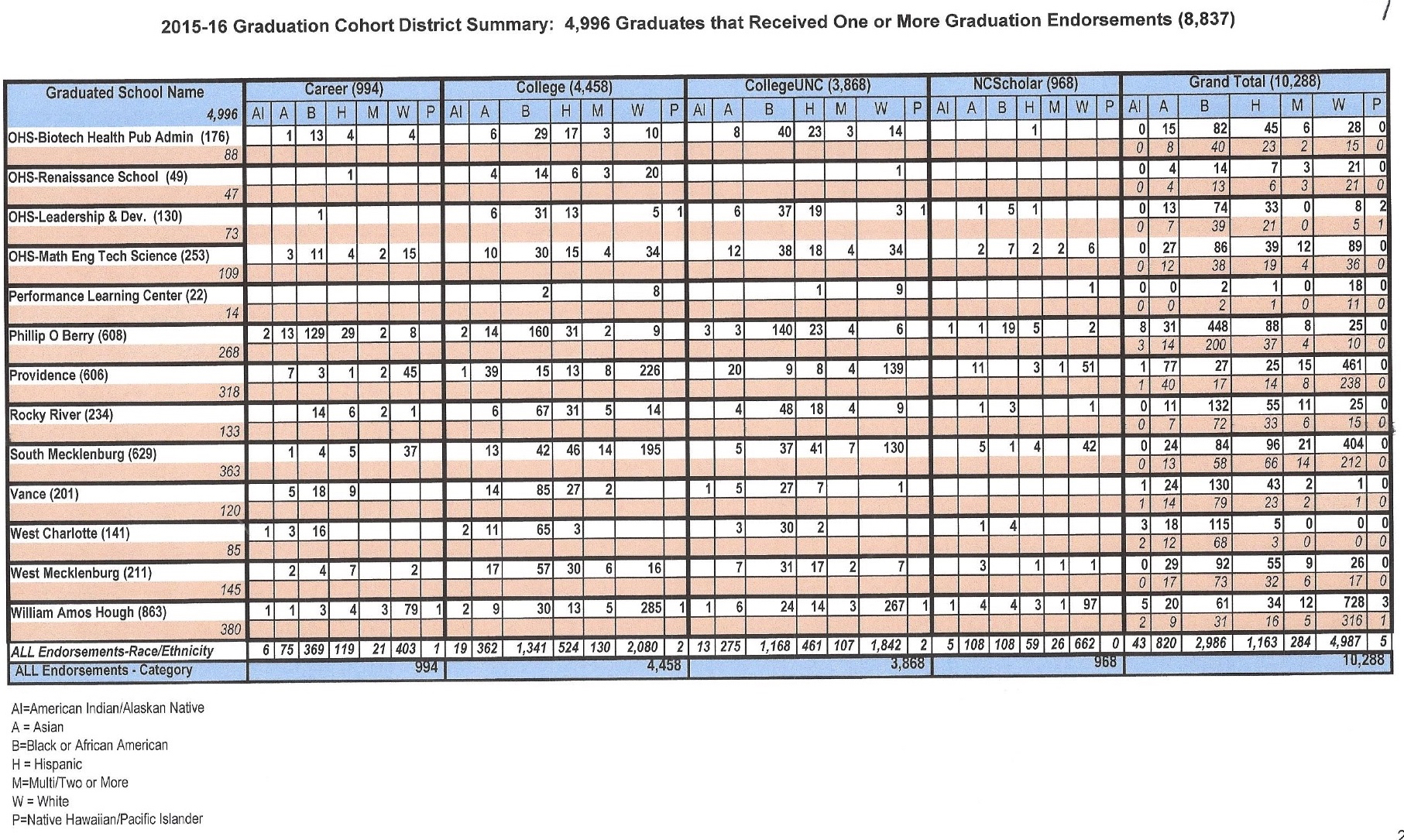 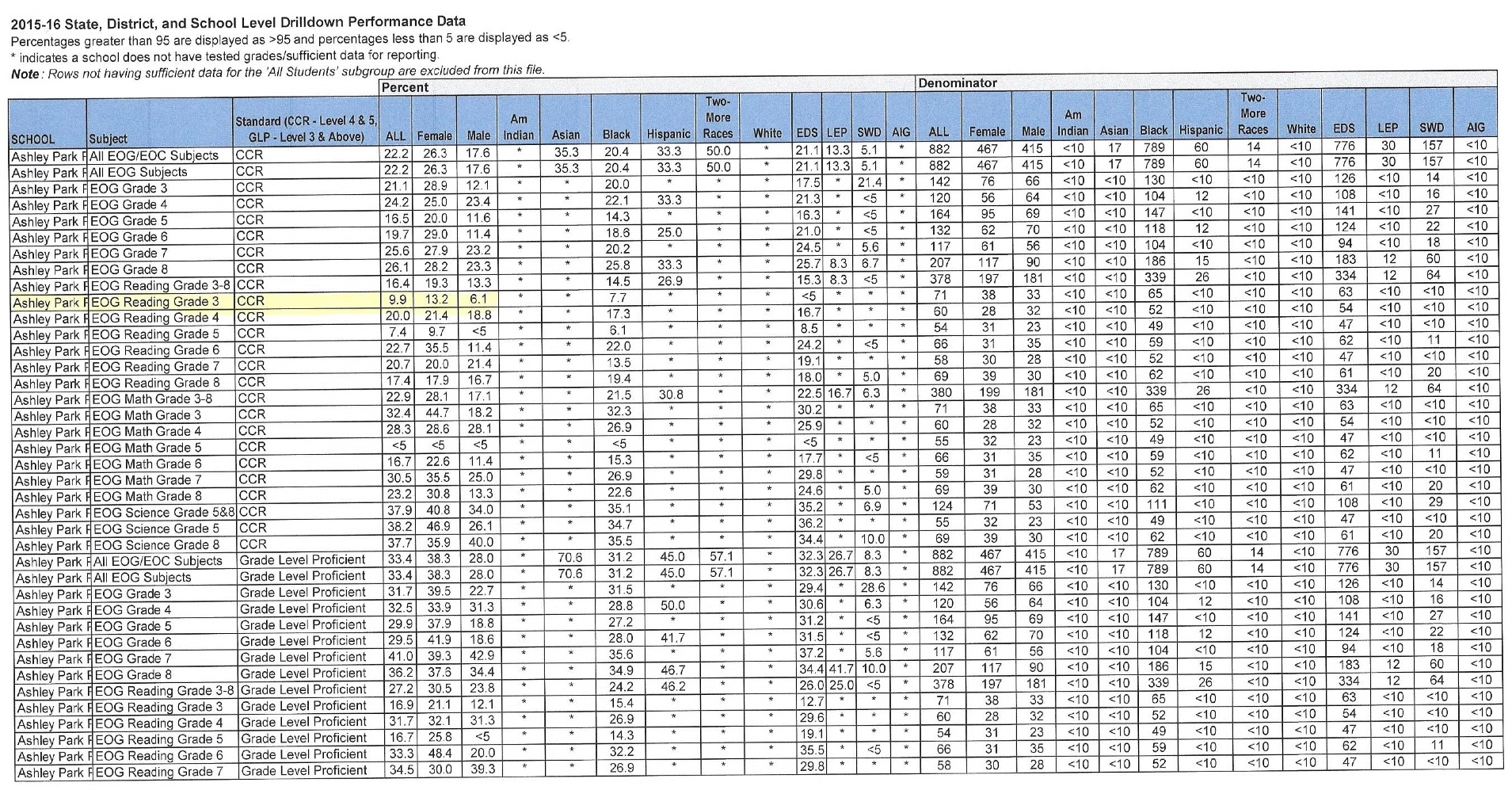 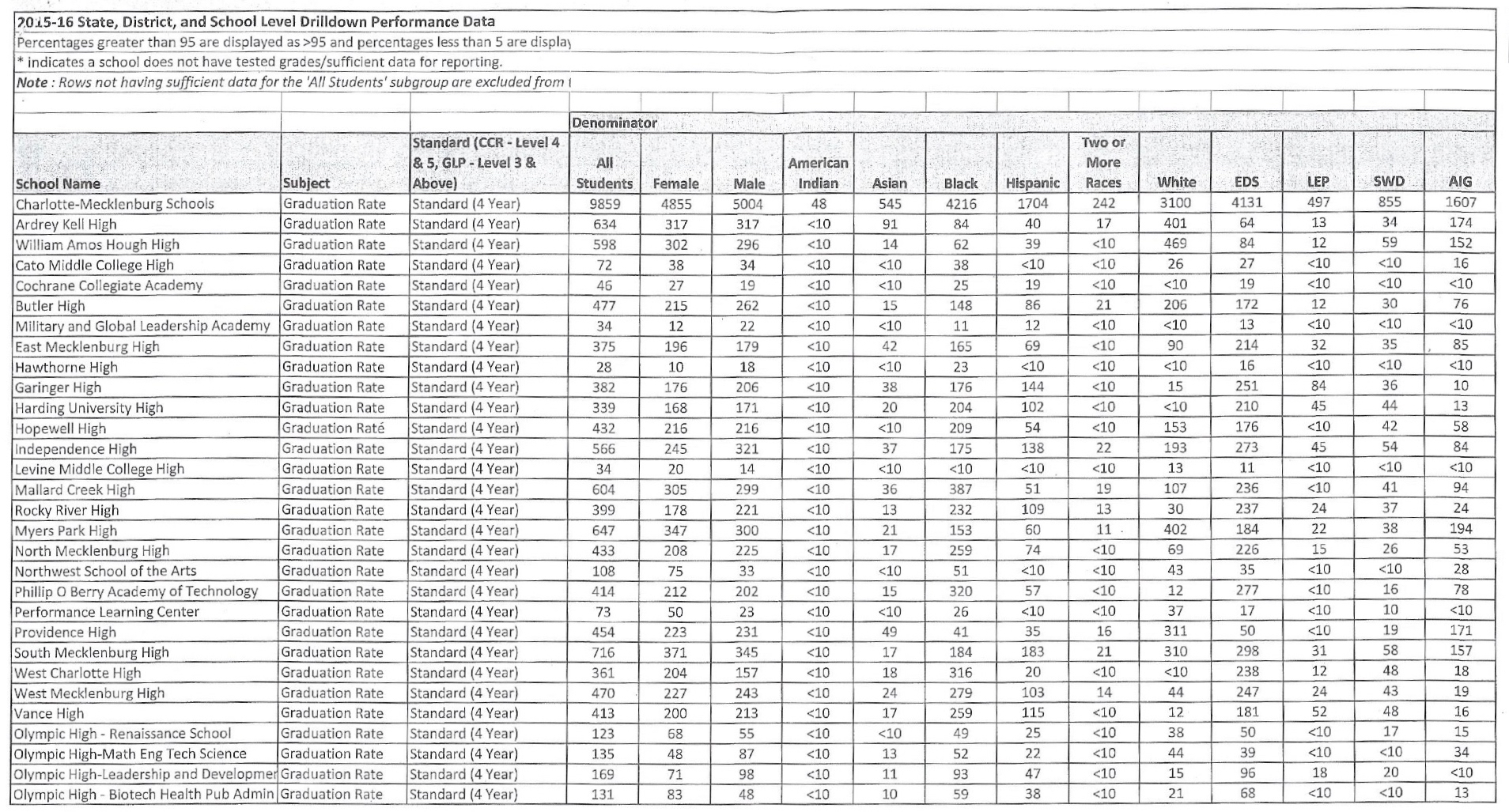 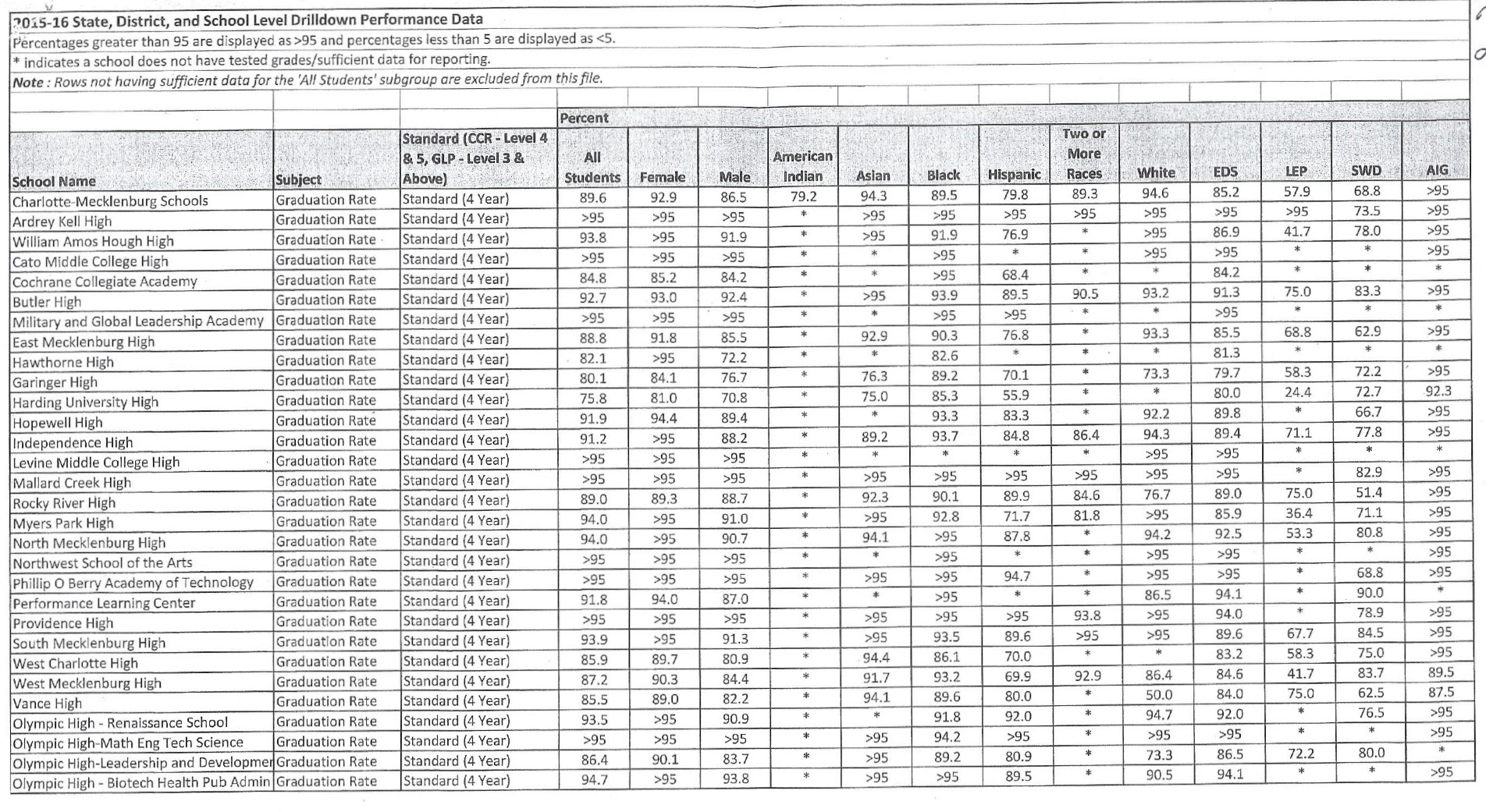 Items published earlier are in the various archives. See the navigation tabs above. All items are listed here by date.