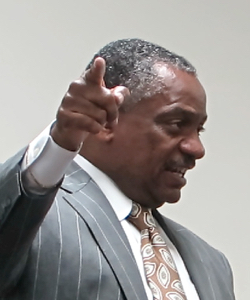 Dr. James H. Johnson Jr. is director of the Urban Investment Strategies Center in the Frank Hawkins Kenan Institute of Private Enterprise in the Kenan-Flagler Business School at UNC Chapel Hill. His presentation, “Disruptive Demographics and North Carolina’s Education Challenges,” helped open the Charlotte-Mecklenburg Board of Education’s review of its student assignment strategies.

The presentation preceded a lengthly discussion by board members facilitated Dr. Cathy Mincberg, CEO of the Houston-based Center for Reform of School Systems. Despite its length, the board appeared to plan another session with Mincberg, though no date was set.

Johnson’s presentation covered a lot of ground. He used a deck of 131 slides and, when time got short, declared that school board members should go through the slides at their convenience. The slides are a trove of data, useful on their own, but are considerably enhanced by Johnson’s commentary.

With that in mind, we’ve broken the slides into the following chapters, most of them identified directly by Johnson. Video from Johnson’s talk to the school board will be broken up similarly, so by clicking on  a chapter below, you can listen to the video and then peruse the slides under discussion while the video runs. The last chapter titled Q&A contains video from the Q&A between board members and Johnson that followed Johnson’s presentation. 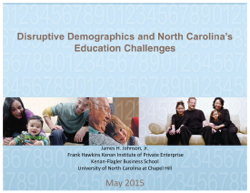 Supt. Ann Clark introduced Johnson, noting that she has taken every opportunity over the years to listen to Johnson’s talks to better understand the way the nation, state and county are changing demographically. 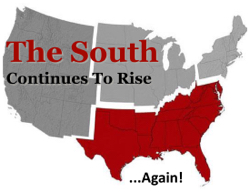 The South Continues to Rise … Again!

Johnson argues that trends now firmly in place were the direct law of immigration law changes as Americans of the 20th Century owned up to the nation’s historical role as a haven and land of opportunity for their forebears – and, by extention, to those needing shelter and opportunity today from across the globe. 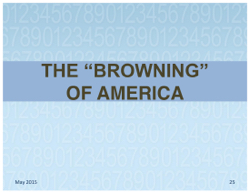 The ‘Browning’ of America

Details of how immigration and higher birth rates among nonwhite Americans are churning the melting pot. 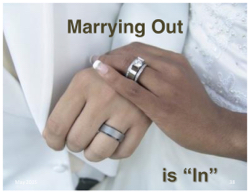 Marrying Out is ‘In’

Baby-making is producing a huge increase in children who self-identify as of two or more races. And, says Johnson, many of these children refuse to be categorized as one or the other. The artifice used in the 1960s by U.S. District Court Judge James McMillan to end legally mandated segregation by the school board – a division by “white” and “nonwhite” – would not work today, Johnson seems to suggest. 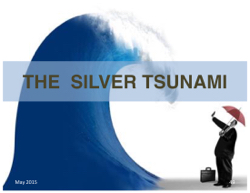 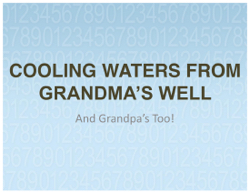 Cooling Waters from Grandma’s Well (And Grandpa’s Too!)

And some of those Boomers are now raising CMS students. but Johnson says most of the grandmas and grandpas that are doing so aren’t Boomers, but are much younger. 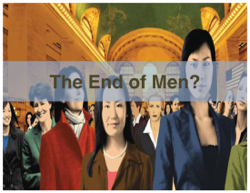 The End of Men?

The “Mansession,” some people call the Great Recession, Johnson says. About 80% of those who lost jobs during the downturn were male, he says. And they haven’t recovered. Women are also taking the lead in pursuing higher education degrees. 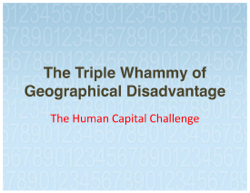 Johnson offers three scenarios. Many minority kids are growing up in counties controlled by older whites, who Johnson says have lost their stake in public education and won’t fund it. Other minority kids represent a majority in the schools in counties controlled by minorities, but a countywide lack of resources means the schools are underfunded. Another set of minority children are in white-controlled counties with white-majority schools, and in those counties the minority students are underrepresented in college-track courses. Johnson says a chlld living with one such scenario faces one “whammy,” a diminished set of life chances. In the charts, Johnson shows how some children face all three factors – hence the term “triple whammy.” 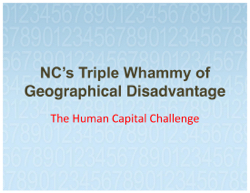 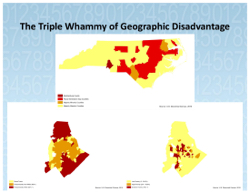 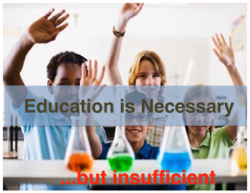 Education is Necessary … but insufficient

Johnson argues that while education is necessary, there are lots of unemployed college graduates to prove that employers are looking for more. And minority children are adept at one of the keys to success – shifting from one stance to another with cultural context, on the streets or in the classroom. Entrepreneurial skills, adaptation, soft skills and flexibility, he says, are what schools should include in their education goals.

Responding to the Crisis

Johnson didn’t directly address these slides, but they speak to collaboration, serious intention, and a long-term commitment by the community to staying focus on the task of educating all children. 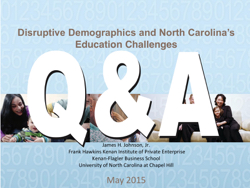 Johnson’s presentation was made at a public meeting of the Charlotte-Mecklenburg Board of Education, held in a fifth-floor conference room at the Government Center, on May 26, 2015. The agenda is here. Johnson’s bio on the UNC website is here. The original file of Johnson’s slides is too big for this website, so has been split in three pieces here and here and here. In June 2015 the full set of slides in one file was on the CMS website here.